The Buddhists and War.

The Buddhist attitude to war and violence derives from the first of the Five Precepts incumbent on monks and laity alike, not to take life, nor to be party to the taking of life.
In the broadest sense, life applies to all sentient beings from insects to human beings.

The Buddha has a characteristic saying "Everyone is afraid of violence, everyone likes life. If one compares oneself with others one would never take life or be involved in the taking of life".

These are two days in the week about which and upon which I never worry.
Two carefree days kept sacredly free from fear and apprehension.
One of these days is yesterday, and the other day I do not worry about is tomorrow. 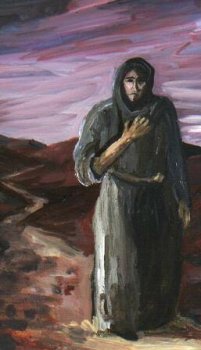 The theme of being a pilgrim is a common theme in Life. (Pilgrims progress - John Bunyan: Divine Comedy - Dante) In it, life is viewed as a journey, not a destination; each journey that we take changes the person that we are.

The experiences, the new friends and acquaintances made, the wider perspectives gained. And on the journey of life, change is as inevitable as it is unavoidable.

The myth of the perfect Human Being is only that, Human Beings are fallible. Each of us may point to successes in life, whether it be a trophy won, a position gained or a life partner, but each success is only temporary, only a moment in a lifetime of moments, and only after much struggle and turmoil.

And whatever heights we may reach, we cannot remain at that summit.

The only constant in life is change, and we should be thankful for it.

We should look to the seasons as our guide - the promise of spring, leads to the fruits of summer, the falling apart of autumn shows the temporary nature of life, that leads to a dormant period of winter.

Life pulses in stages but all death brings regrowth and renewal, and if we live in the now and not too much in the past or in the future we can have the joie de vivre that leads to acceptance of our lot and our joys.

Man hath a weary pilgrimage
As through the world he wends
On every stage,
from youth to age
Still discontent attends;
With heaviness he casts his eye,
Upon the road before
And still remembers with a sigh
The days that are no more