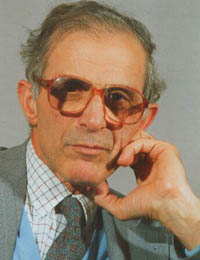 ""What is truth?" asked jesting Pilate, but did not stay for an answer." So begins Bacon's famous essay 'On Truth'. One may as easily shrug off a similar question about Peace, though in Plate's case he deliberately evaded an answer in a situation where he failed to play decisive moral role. On the other hand, Mr Chadband, a character in Dickens' novel, Bleak House, asked the pertinent question and evolved, a little windily, in his own positive pious definition: 'What is Peace? Is it War? No. Is it strife? No. Is it lovely, and gentle, and beautiful, and pleasant, and serene, and joyful? O Yes!'

Ideally, if given a choice, we would all, like Chadband, be for Peace, but the realities of the human condition make such gestures of solidarity less than useless, and a mere exercise in semantics. The striving for a more perfect world, in which concepts like Peace, Justice and Goodness are more enshrined, must always be counterbalanced by the imperfections within human beings themselves. To adopt Plato's metaphor, in each of us there is the constant inner struggle between the Charioteer of the Reason and the Horses of the Appetites - between Intellect and Emotions, between Head and Heart. Very great benefactors of humanity, like Mahatma Gandhi - a moral giant of our war torn century - had to contend with the consequences of such imperfections deep within the human psyche, in the unending conflicts based on deep-seated hatreds between Hindu and Muslim. Gandhi himself was ultimately assassinated by a Hindu fanatic who failed to understand and appreciate his great crusade to bring peace and understanding between the two great religious groupings living on the Indian sub-continent. Fifty years after Gandhi's' death, there is now an even greater confrontation between India and Pakistan since both sides exploded their first nuclear bombs: government propaganda in both countries bolstered up the national euphoria. Having the bomb symbolised national triumph! The huge irony of these poor countries spending their scarce resources on this kind of exercise, while their vast populations languish in poverty and ignorance is truly awesome to behold. The philosophy of deterrents overrides Peace, as it is based on political and military imperatives far removed from humanitarian considerations.
Discussions about Peace would be more fruitful if we recognised the global situation of a world constantly at War. From our viewpoint in Western Europe, the only wars that have mattered in this century were those of 1914-18 and 1939-45; but how many of us are aware of the hundreds of wars and disputes that have continued and still continue in other parts of the world. At this moment the terrible massacres continue in the Balkans, though there is respite in Bosnia. In Africa the post-imperial inheritance has resulted in inter-tribal atrocities on a genocidal scale, as in Rwanda, apart from the terrible destruction of people through famine and disease.
So what price Peace? I Think that Peace demands a much greater awareness in countries like ours that the world, seen as a whole, is still basically at war. This can be effected only partly through an education system based on a world-wide view of events. It also requires that a serious and responsible media should inform us about the world and the problems of communities around the globe. We should be as familiar with the exploitation of child labour in countries like India as about the life-style of rich socialites and film stars in Hollywood. Unfortunately, most of our media in Britain is still primarily concerned with entertainment, while mouthing cliches about the 'information technology revolution' and the one-world virtues of the Internet. Hollywood and its Oscars are much more important for most of them. We are badly informed about our world - the world beyond the shores of the British Isles. Concepts of Peace should extend to World Peace and our newspapers and TV should be spearheading the drive to extend our knowledge of the strivings for Peace world-wide. For example, how much do we know, much less care, about such strivings in places like Kashmir where the Muslim majority is still engaged in a war of attrition against Indian occupation, over fifty years now since Britain left the sub-continent. The same kind of question can also be asked of the Indonesian oppression of East Timor. We are a very long way from deriving this kind of added value from our rather parochial knowledge-providers, our Press and TV. It is only worthwhile discussing and striving for a peaceful world when we are truly equipped with a better understanding of it. Ultimately, an ignorant nation is a backward one, despite all the material advantages it may enjoy.