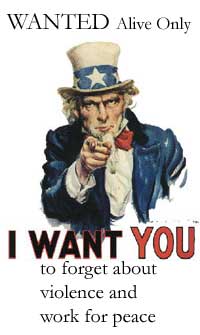 Join your hands and you'll be strong
Like a restless river you will flow
Just like us, the waves, you will sweep ashore
And the truth in your voice will glow

Don't be afraid, don't lose your faith
Wherever your heart leads you
There are no walls, no limits remain
When you believe in what you do. "