Winston Churchill today brought in conscription for women, Unmarried women in their twenties are to be called up to serve in the armed forces, police and fire services, and older women must register to work in factories for the war effort. Previously women have been able to volunteer for military service. Many have joined the Auxiliary Territorial Service (ATS), the Womens Auxiliary Air Force (WAAF) or the Royal Navy (the Wrens). In the ATS, women work as drivers, mechanics and anti-aircraft gunners, WAAF's play key operational roles as bomb plotters, radio operators and administrators. 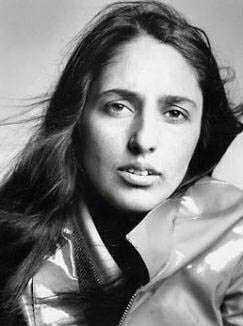 Protest singer Joan Baez is in jail. The left-wing 25 year old American singer was among 124 anti-vietnam war demonstrators arrested for blocking the entrance to a U.S. Army Induction Center at Oakland, California, and has been sent to prison for 10 days. Baez is no stranger to trouble. She refused to pay 60% of her income tax in protest at the U.S. governments armaments spending. Six months ago she opened the institute for the study of non-violence in Carmel, California and withheld a further 10% of her tax. Last year she and British folk singer Donovan led a massed vietnam protest march in London. 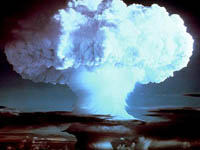 At 8:15AM of 6th August1945 the first atomic bomb used in war was dropped on Hiroshima, a city of about 450,000 people in the western part of Japan. It was Monday, and the people were setting out on their way to work. The bomb was dropped from an American B-29 (called Enola Gay) flying at about 31,000 feet. The B-29 flew away at full speed as the bomb, supported by a parachute, slowly descended It exploded above the central part of the city, at a height of about 1900 feet 43 seconds later. Within a few seconds the blast from the bomb destroyed 60 percent of the city. Many thousands of people were killed by the blast itself or crushed by fallen buildings. Many others were killed by burns caused by the great amount of radiation from the fireball of the bomb, which had a surface temperature greater than that of the sun. Many thousands of people received exposure to lionizing radiation that caused them to die of radiation sickness in a few days. About 80,000 people were killed by the bomb in Hiroshima and another 100,000 seriously injured. The bomb exploded over shima hospital vaporizing the hospital and all it's patients instantly.
In his mission book the co-pilot Robert Lewis wrote. "My God, what have we done"?