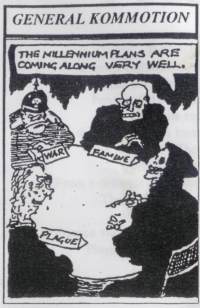 It has been said, in effect that I am a warmonger. Nothing could be further from the truth. I know war as few other men now living know it, and nothing to me is more revolting. I have long advocated its complete abolition as its very destructiveness on both friend and foe has rendered it useless as a means of settling international disputes....

But once war is forced upon us, there is no other alternative than to apply every available means to bring it to a swift end. War's very object is victory, not prolonged indecision.
In war, ended there can be no substitute for victory..... I am closing my 52 years of military service.

When I joined the Army, even before the turn of the century, it was the fulfilment of all my boyish hopes and dreams. The world has turned over many times since I took the oath on the plain at West Point, and the hopes and dreams have long since vanished. But still I remember the refrain of one of the most popular barrack ballard's of that day which proclaimed most proudly that "old soldiers never die, they just fade away." And like the old soldier of that ballads, I now close my military career and just fade away and old soldier who tried to do his duty as God gave him the light to see that duty.

TOO LATE Beside his aircraft twisted lies my love,
Charred are the limbs that once lay close to me,
No doubt some German woman weeps,
For him that you shot down,
For all of women, war is agony.
Molly Repard