Quite still they lie, these fresh-cut reeds,
Clutched in earth like winter seeds,
But they will not bloom when called by spring,
To burst with leaf and blossoming They sleep on in silent dust,
As crosses rot and helmets rust.

The Promise of World Peace

Peace is the most important issue facing the world today. For the first time in history we are living in a world society - the events in one area of the world affect everyone else. Therefore the peoples of the world must learn to co-operate.

This is not as unrealistic as it first seems. In the distant past, peace existed within tribes but war between these neighbouring tribes was common. Later peace was established within nations, but war between nations happened regularly. So peace has been extended from the tribal level to the national level. The fact that most of us do not have to worry that a neighbouring town is going to attack us (even the idea seems ridiculous!) - means that humanity has really advanced. In the near future peace will come to the world. It is a natural next step. The only question is how it will happen. Either we can work together starting now, or we can wait until some catastrophe forces us to work towards world peace. 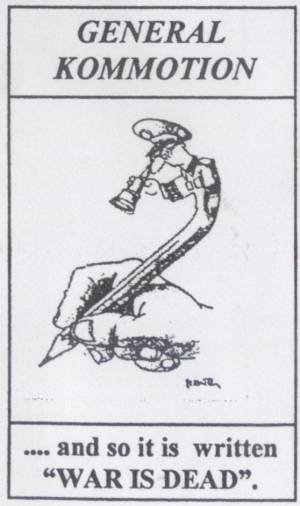