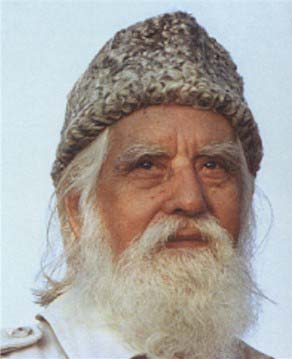 "Each man for himself, his family, his country".

This tendency is responsible for all situations that lead to war, because if each nation is a separate entity working only for itself, the interests of one will inevitably clash with the interests of the other.

The world's peoples must now be convinced that it would be better if they were united, that all mankind would then live better, more happily, more abundantly, with everyone free to travel from one country to another learning to understand and love all the peoples of the world.

Man's consciousness has always before been limited to one particular tribe or caste, one nation, one religious belief, which was done for a specific reason. Even the Initiates, Moses for instance, believed in fighting against foreign countries, taking part himself in wars. Why? Because at that time in human history it was not possible for people to understand the concept of brotherly love, the need to be a universal family. Now it is different. With the tremendous expansion and ease of communication and travel, the earth has shrunk, people have no alternative, they must do away with frontiers and unite into one large family. Why are humans so eager to fight, what are they defending, a state of affairs which is doomed in any event? Is it worth dying to protect a form of life that is destined to disappear? In the future, we will look back on the way we thought and lived and be ashamed to see how limited was our point of view.

There is a transformation beginning to take place in people's consciousness, which will grow and intensify... at least in the young. The young are always forcing adults into enlarging their concepts, refusing to accept the old intolerant ideas and traditions, the racism and chauvinism and narrowness that were the cause of too many tragic wars. Yes, the youth of tomorrow will upset all the countries of the world, including Russia and America: it will be a world-wide revolution.

One illusion that cannot last is that political leaders consider their country's destiny their affair, that its fate is in their hands. To believe that is the basis for trouble, for no one man, powerful though he may be, can control the destiny of mankind. The march of events is directed from above, in the invisible world, by higher Beings.